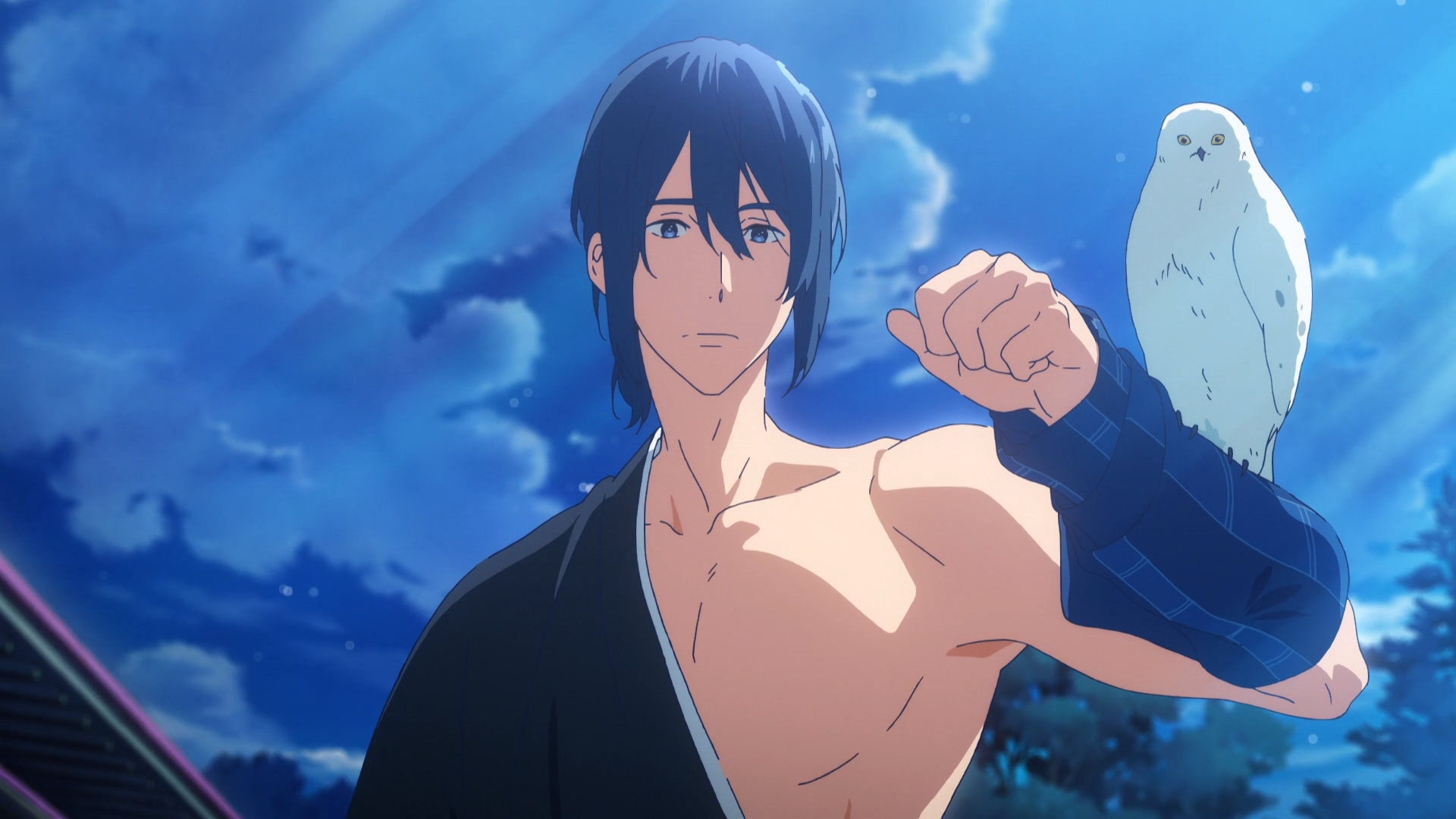 I started out reviewing three shows every season, though now I usually cover two. My reviews have a minimum 500-word count, though I end up going over that more often than not because it’s easy to get chatty about a half hour of anime. Last year I calculated that I had written about 300,000 words of reviews in four years and that’s probably close to 380,000 now.

Unlike other work, each write-up is simple enough that I rarely take time off for them. I’ve written my weekly streaming review between panels at Anime Boston and in a hotel room over the Shinjuku skyline. I’ve tested the extent of internet connections everywhere. I watched an episode of Mobile Suit Gundam: Iron-Blooded Orphans from John’s grandmother’s house in rural West Virginia in three-minute spurts between buffering (not my favorite viewing format). Another time, at a friend’s forest-enclosed lake house, everyone else agreed to log off their various devices so I could throttle the connection with Luck & Logic.

After my first reviewing season, I wrote up some takeaways about the art and craft of anime criticism. Reading that same post now, all I can think is that I was spending too much time in the comments section, checking out how other people were critiquing my critiques. At the time, I thought the only way to be fair was to write while predicting the comments my reviews would get, but that just made my reviews too cautious. I would read what other fans thought about the show in the forums and try to deliver the median opinion, but it wasn’t genuine. Now I realize people come for my opinion on a show, which gets more nuanced the more experience I get. Five years means I have reviewed 20 seasons of anime, which amounts to a lot of practice!

Ultimately, the main thing I’ve learned is that so much of the anime we watch each season is forgettable. In those 20 seasons, I’ve reviewed something like 40 shows (because of double cours and multiple seasons, otherwise it’d be a lot more), and how many of them do I even recall? Some stick out as winners I’ll inevitably watch again, like Land of the Lustrous and Ushio and Tora. But most of them, I struggle to remember clearly. Remember Clean Freak! Aoyama-kun? What about Gunslinger Stratos? I barely remember Denki-Gai, but the ANN website informs me that I’ve written 6,000 words on the subject.

With five years on the books, I’m not planning on slowing down. I’ve already begun my Fall 2018 reviews for Run With The Wind and Tsurune. While 2018 has been kind of a bust for me as a fandom writer, as health and other personal issues have slowed me down a bunch, anime reviews keep me grounded in a routine while contributing to the conversation. Thanks to so many of you for reading my reviews of shows great, awful, and middling, and I’ll see you around for the next five years at least, if ANN will continue to have me.