How I’m silencing my inner critic 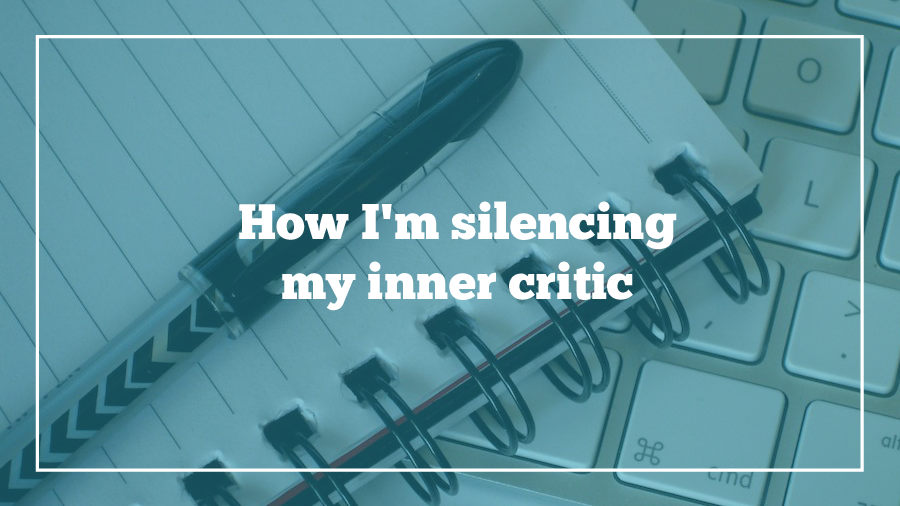 It’s a lot easier to critique than create. I should know.

It was in August 2014 that I started as a weekly streaming reviewer for Anime News Network. There are four seasons of anime each year. I usually reviewed three anime each season. Each review was required to be 500 words or more (I usually erred on the side of way more). With 52 weeks in a year, that’s 80,000 words of criticism a year, or around 300,000 total by today. This isn’t even counting the Blu-Ray and manga reviews I’ve done.

That’s upwards of 300,000 words of nitpicking other people’s work. Of scrutinizing. Of giving praise when it’s deserved, but always under a watchful, judgemental eye.

It’s food for thought because National Novel Writing Month starts this week. After writing 300,000 pages critiquing other people, will I be able to write 50,000 of my own words without stopping to tear them apart the way I’ve done for so many other peoples’ work?

In November I’ll have been writing in this blog for eight years, and almost each of those years I’ve said I was going to finish NaNoWriMo. I’ve done it exactly none of those times. But I’ve spent a lot of 2017 thinking about mortality and realizing I don’t have infinite time to accomplish this goal I’ve had since high school.

Even so, I’ve been practicing by writing short stories this year and I run into a major problem with every fiction writing session—I feel the urge to restructure every sentence almost before I’m finished writing it. I find my characters two-dimensional—before I’ve even finished fleshing them out. I have a tendency to size up my drafts as if they are finished products.

But this year I don’t have time. I need to write 1,667 words every day of the month and finally achieve this goal that I’ve postponed for half my life. If you also struggle with this compulsion, I’ve made a list of the ways I’m working to silence my inner critic, just this once:

If November is novel writing month, October is novel planning month. I have been taking a lot of time to shape the world of my novel before I have a chance to start judging it.

I’ve built character profiles, so I’ll have an idea of who I’m writing about before I begin automatically hating them. Since the novel has science fiction elements, I’ve been reading books about quantum physics and taking copious notes on how it all works so I can retain this world’s believability for me, at least.

Less helpful has been reading and reviewing the work of my favorite science fiction writers, like Philip K. Dick. I forgot the golden rule: never compare somebody else’s final product to your first draft.

Use tools that don’t let me critique

While preparing for NaNo, I found about about a writing tool called I Love Your Stories (ILYS for short). It’s a browser-based writing client, but what makes it unique is that it does not let you use the backspace button. You can’t edit at all until your writing session is complete.

For somebody like me who is constantly reshaping sentences, I really think it’s the only way I’m going to be able to keep moving forward with my writing—by physically preventing myself from going backward. Editing my novel is what December will be for.

Show it to exactly nobody

One year I showed my draft to any friend who would look at it. And of course, my friends had thoughtful, justified criticism, much of which mirrored my own. I proceeded to spend days editing the draft before finally discarding it in frustration and quitting the endeavor.

This time, nobody gets to see my novel, maybe ever. Telling myself this draft will never see the light of day is the only way I can convince myself to work on it.

It’s interesting that I have this fear of criticism from myself and my friends—when it comes to fiction—because my journalistic and nonfiction work is regularly torn to shreds. That’s the nature of this profession: my editor will scrap sections, or have me rewrite a whole piece. Even as a professional, I get stories flat-out rejected. And this rarely bothers me, because I know it’s not a reflection of my skills, but of the publication’s editorial need that I don’t always meet.

Now I need to realize that even when it’s about something personal, writing isn’t personal. Writing is work. And I have a lot of work to get done.

The originator of the phrase “shitty first draft” is Anne Lamott, who wrote the book on writing advice and cautions against perfectionism above all else.

My need to critique comes from a need to be perfect, and that’s never going to happen—and it doesn’t need to. At the end of the month I’m either going to have a 50,000-word draft or a 5,000-word draft that I spent a month editing and still hate—and only one of these things is my goal. Editing can wait. Now’s the time to make the material I’ll want to edit exist in the first place.

Best of luck this year. Create something awesome!

I would think that a tool that doesn’t let you backspace might have the opposite problem. Rather than keeping you from deleting a sentence you don’t like, it might keep you from writing one down in the first place. Because when mistakes suddenly matter like that, you might feel like you have to get it perfect the first time.

I’m hopefully doing Nanowrimo as well. I haven’t done anything creative in years and I think it’s time I got back on the wagon, but inside I’m almost certain that I’m going to wash out before the end. That’s how strong my inner critic has become with the years :( I haven’t had much success in conquering it, but we’ll see I guess

I really, really love this.

From one writer to another, thank you =)