2017 in Review: 9 questions to help you process and reflect 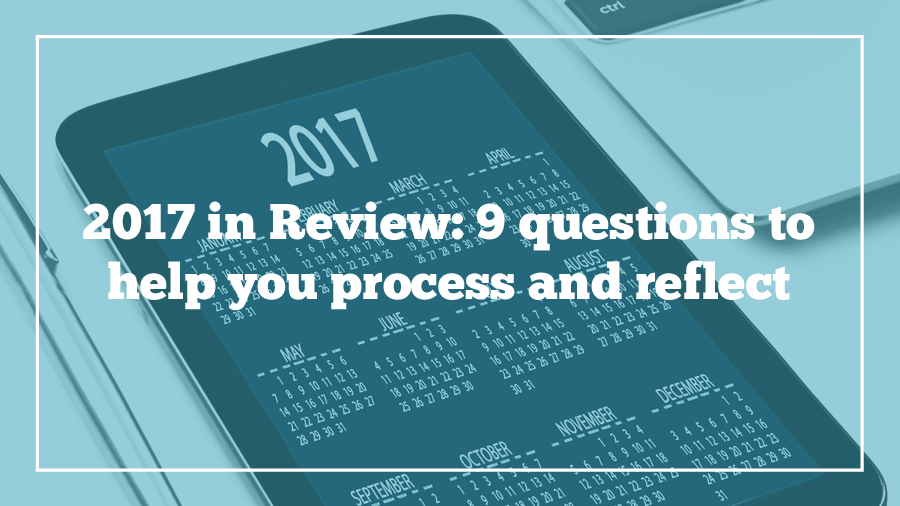 Thursday (Dec 21) is my 31st birthday. As a present to myself, this is the final Otaku Journalist post of 2017. This calls for some reflection.

I love doing “year in review” stuff so for today’s post, I answered 9 questions about my 2017, and I encourage you to answer these same questions for yourself. Whether you post them on your blog or answer them privately in your journal, I think you’ll find them helpful.

What made up your body of work this year? Which parts are you most proud of?

What were your top 5 moments of the year?

What are you really glad is over?

Waking up crying every single day. I still dream about Jess almost every night, and I still cry about her a lot, but these dreams aren’t always sad now. Some of them even make me smile.

On a lighter note, I’m really glad I don’t have to study for the N4 anymore.

How are you different today than you were 365 days ago?

I used to take a lot of things for granted: my family, my friends, my time. I assumed I could always do things “next year.” I could bail on people and just see them later. Now I’m trying really hard not to put things off. I’ve been writing a lot of letters by hand. Just generally trying to show the people in my life that I have time for them and I care about them.

Also, 365 days ago I didn’t think the political situation could possibly get worse. Ha.

Is there anything you achieved that you forgot to celebrate?

I reached 100 Anime Origin Stories and didn’t think about it very much. Instead, I’ve just felt bad about how behind I am on responding to people.

I hit a milestone in affiliate earnings, but it’s been hard to enjoy it when Net Neutrality might end.

I got a new client in August who is wonderful. That means I started the year with just one steady ghostwriting client, but I’ve ended it with three.

What have you changed your perspective on this year?

I realized I can’t do it alone, and I should ask for help when I need it. That was part of the instigation behind my open call for Gunpla 101 contributors—I was having trouble writing it all alone, but I was worried about relying on other writers. It turned out better than I could have expected, and now you’ll see dozens of brilliant new voices on Gunpla 101 in 2018.

I’ve also decided to rethink my narratives about myself. For example, I’ve always believed “I work hard,” and used my success as evidence as that. So when I come face to face with evidence of something I could’ve worked harder on, like an article with a bunch of typos, it shook my narrative. I realized it’s better to look at it as a value rather than a trait: I can be somebody who tries to work hard, and doesn’t always succeed, but understands its importance.

Who are the people that really came through for you this year?

I have had a publically difficult year, and I was amazed by the outpouring of support I got from the anime community. Zac and Jake of Anime News Network sent me a snail mail condolence card. Isaac of Mage in a Barrel sent me two books about dealing with grief, one which arrived three months to the day after my loss when I thought nobody really cared anymore.

Of course, my friends and John were what got me through. Unending group email chains, constantly open Gchat windows, and making lots of time for game nights and Pokemon hunting excursions and potluck dinners as a group.

What were some pieces of media that defined your year?

One Piece—I started it in January and watched about 400 episodes this year. It’s a stunningly consistent show, and great for the insomnia I had a lot this year.

The Good Place—I don’t watch much American TV, but all my friends were watching this and it gave us something to talk to each other about when other topics were too sad. If I wanted to check in on somebody I’d ask, “Have you caught up with Good Place yet?”

What will you be leaving behind in 2017?

Setting needless barriers to happiness. “After I accomplish X, I can be happy,” sort of thinking. This year X has been buying a house (too expensive), cutting my mile time to 8 minutes (not there yet), and reaching certain income goals. Life is not a holding pattern. I’m already living it and it’s surprisingly short, so I might as well grab that fleeting happiness whenever I can.

One of the few words of wisdom my step father (now sadly out of my life by his own choice) related to me is the following:

“Life is not a dress rehearsal!”

I’m horrible about following that bit of wisdom but I always try to pass it on to others as it seems a pretty solid philosophy for how look ones life.

[…] Lauren over at her blog, Otaku Journalist, wrote up some questions to help bloggers with their yearly review. I won’t answer all of them (publicly), but I did […]

[…] typing this post, inspired by Otaku Journalist’s nine-question year-ender, on new year’s eve while trying to not steal food from the dining table (and failing to do […]

[…] aid in reflecting on the past 12 months, I’m borrowing nine questions Lauren used in her year-end post at Otaku […]