The ‘Free! -Dive to the Future-‘ friend circle is familiar, but not unchanged 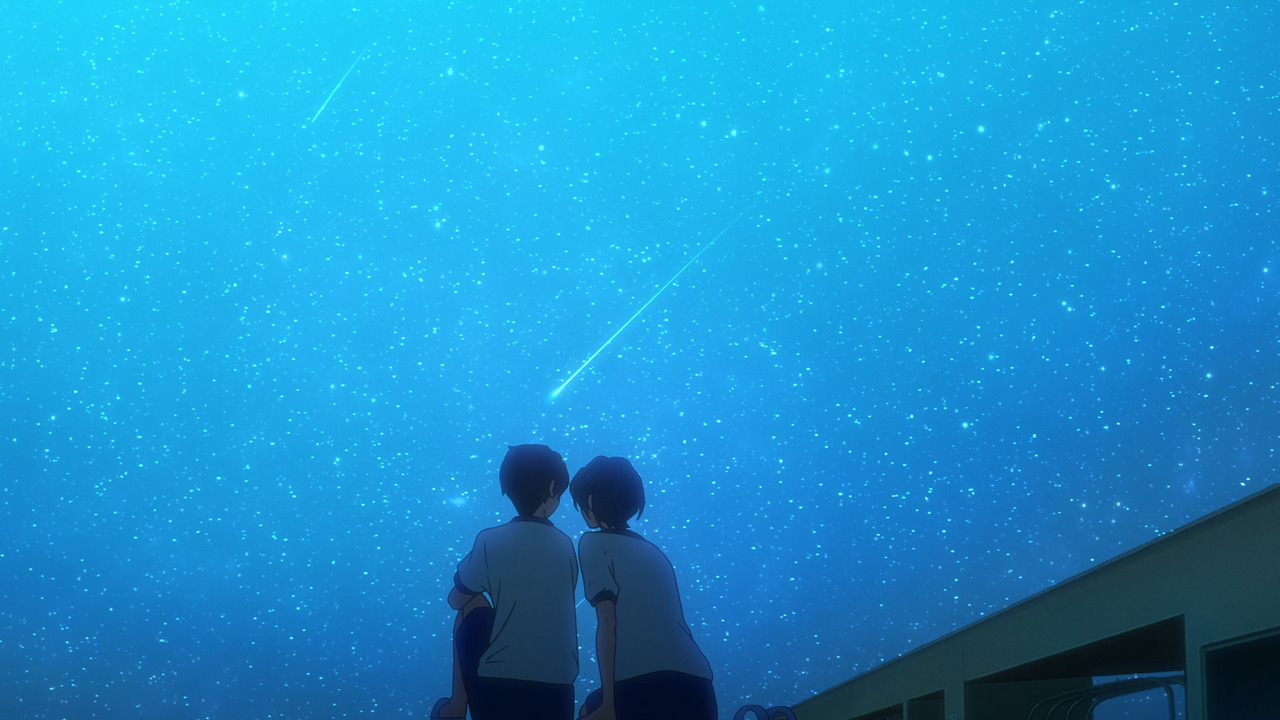 Free! -Dive to the Future- marks a new era in Haru’s life. Our swim boy protagonist is attending college now, a major milestone in anybody’s life. But while college is normally a time to branch out and experience new things, Haru is spending an awful lot of time with his old friends.

You could call this lazy storytelling. Or perhaps smart marketing, to not give up on the characters Kyoto Animation has spent so much time developing and selling merchandise for. But for a few viewers, myself included, I’d say this experience is pretty true to form.

I’ve never liked change. When I was looking at colleges, I only searched nearby. I ended up picking a place about an hour from home, the University of Mary Washington. Several of my high school friends also decided to go there, and I was so incredibly relieved. Once again, I could stay in my comfort zone and spend time with people I already knew.

Today, I’m regularly in touch with exactly one person I met in college: my husband, John. He was the president of the college anime club that I and some of my friends attended. If he hadn’t made his way into our group, I might not have gotten to know him.

It’s not that I’m snobby or even particularly shy, but I’ve always had a difficult time making new friends. Growing up, I was bullied a lot because I tend to get very enthusiastic about things I like, which made me a target. (A great example of this is when I studied abroad in Italy and made zero friends. On the way to Tuscany, I kept excitedly pointing out the animals and birds, assuming other people would also care, not realizing it was obnoxious. People called me Nature Girl and either laughed at me or ignored me for the rest of the semester.)

For most of my life, I was like Haru. I think it’s easy for plenty of fans to relate to this introverted, socially anxious swimmer. I wasn’t reserved the way he is, but I could relate to how cultivating existing friendships feels like a safer bet than making new ones. I used to think this was the most low-risk strategy, too. I used to think there was actual strategy involved, and that the right one earned you a group of friends who never judged, fought, or left you.

For me, the most prominent example of how unlikely this is occurred this week in 2017 when a friend of mine died unexpectedly. It took us until November to find out why: a congenital heart defect. She was a wife, a new mom, and an incredible friend. Not a day has passed this year that I haven’t thought about her. She would have teased me so much about being on my anime blog again, in a post about Free! of all things. The enormity of her legacy could never fit into a couple of trite blog posts, but I bring up her impact again because on this anniversary, I am reminded that change happens no matter what. The people you love have a fixed amount of time in your life, and no method of making friends, or closing yourself off from others, will ever make you “safe” from heartbreak.

The Free! franchise has always been surprisingly good at portraying nuanced relationships, and -Dive to the Future- appears to be a story about exploring the intricacies of friendship. None of the characters we meet are new (though two might seem unfamiliar if you haven’t seen the movie). But while Haru has been growing up, they certainly haven’t been standing in place. Even when you’ve known somebody since middle school, the unexpected can strike. People grow apart or together. Acquaintances can become best friends. Best friends can become rivals. Friends can stay by Haru’s side for years, like Makoto, or travel thousands of miles away from him, like Rin. Change is inevitable.

This past year, I’ve been trying to embrace change for the first time in my life. My Japanese English conversation group has become a surprisingly big part of my social life for a group of people who are constantly speaking to each other in their least fluent language. I’ve met people through anime conventions, groups like Anime Feminist, and my local entrepreneur circle. My core group of friends from high school is still very important to me, but the way I interact with them has changed, too. I try harder to reach out, to not take people’s friendship for granted. I can’t keep friends with me forever, but I can appreciate them more while they’re here.

An anime where nothing changes would be boring, so I get how people might be concerned to see the same old characters returning and making an exciting new setting all too familiar. But as someone with a similar lived experience, I’m confident there’s more than enough to explore.