How to deal with burnout 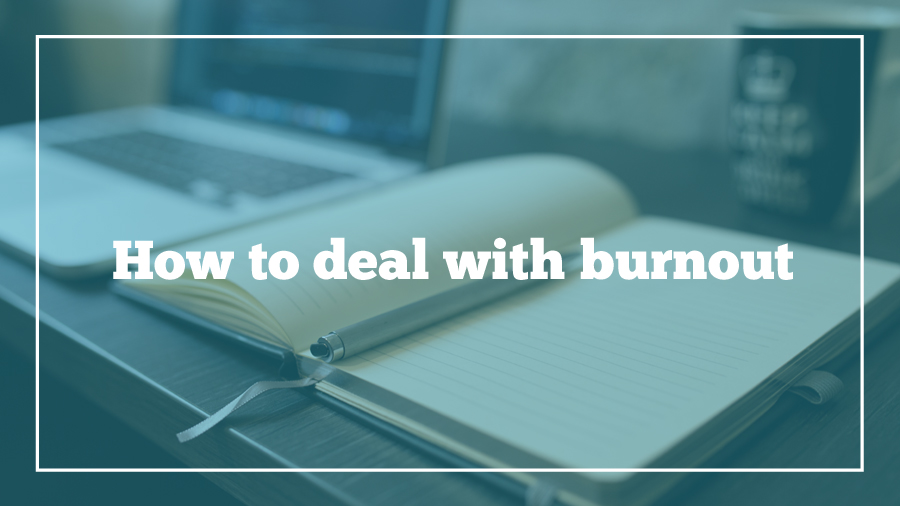 I think it started when I failed my Japanese test.

The JLPT is only held once a year nationally, so I started studying for it back in July. By the end of it, I was getting around 75% right on my practice tests, but the test itself had a weird reading comprehension section on medicinal herbs that left me puzzled, and I knew going out that I didn’t do very well.

In January, I got back my failing score and that confirmed it. I would go to class and feel stupid because when I spoke Japanese, my tongue felt like it was too big for my mouth. But I kept going through the motions, I even formed a new study group, and tried to keep it to myself.

Inside, I was sort of spiraling. I kept thinking of mistakes I’d made last year that kept me from studying hard. I started feeling guilty when I wasn’t studying or working, so I did a lot more of that. I was incredibly productive (though I partially owe this to leaving Twitter). And then late last week, I suddenly realized I no longer wanted to do anything at all.

So I skipped my blog update, I skipped my Gunpla 101 update. I skipped doing everything that wasn’t essential to my clients. And when I wasn’t doing that… man, I wish I could say I was out living life to the fullest. But I was not. I slept a bunch, that’s for sure.

I don’t need a psychologist to tell me what happened to me: it’s burnout. I worked too hard and then I got sick of working altogether. I used to go through burnout cycles several times a year before I started being in control of my own schedule. I guess since it has been so long, I forgot that this happens, and here I am again.

I’m sorry for anyone I worried by not updating, and by tweeting that I was depressed (I mean, I was feeling pretty down, but I knew what I needed to do to get better). If you happen to find yourself in a cycle of burnout, here are some tips from me:

This post may seem kind of shameless: “I did too much and now I’m just relaxing.” There’s a lot of privilege in being able to scale down my responsibilities to the minimum and not, for example, lose my job. But I feel like adding shame into the mix makes it take longer to recover. Better to stop making excuses for why I am like this and focus on getting back to normal.

Go easy on yourself

Worrying about what others would think was one thing. Dealing with my own self-criticism was worse. What helped was making a temporary to-do list with only the very basics on it as long as I felt like that was all I could handle. As I’ve started to feel better, I’ve been able to add more and more of my usual tasks back to that list.

I got into this mess by denying myself and it backfired. Trying to get back into an extremely rigid schedule is just going to make it happen again. I’m trying to see activities like unwinding with manga, going out for walks, and eating three meals a day as part of my productivity cycle, instead of as things that interfere with it. So I’m putting some of that stuff on my to-do list, too.

I was really afraid to tell anyone about how overwhelmed I was feeling. I was even afraid to tell John, since he’d been working overtime and was sort of overwhelmed himself. But things started getting better when I started telling the people around me, “I need an extension,” or “Can I delegate this task to you?” People are more empathetic than you think.