How I’m learning to respect my daughter’s online privacy 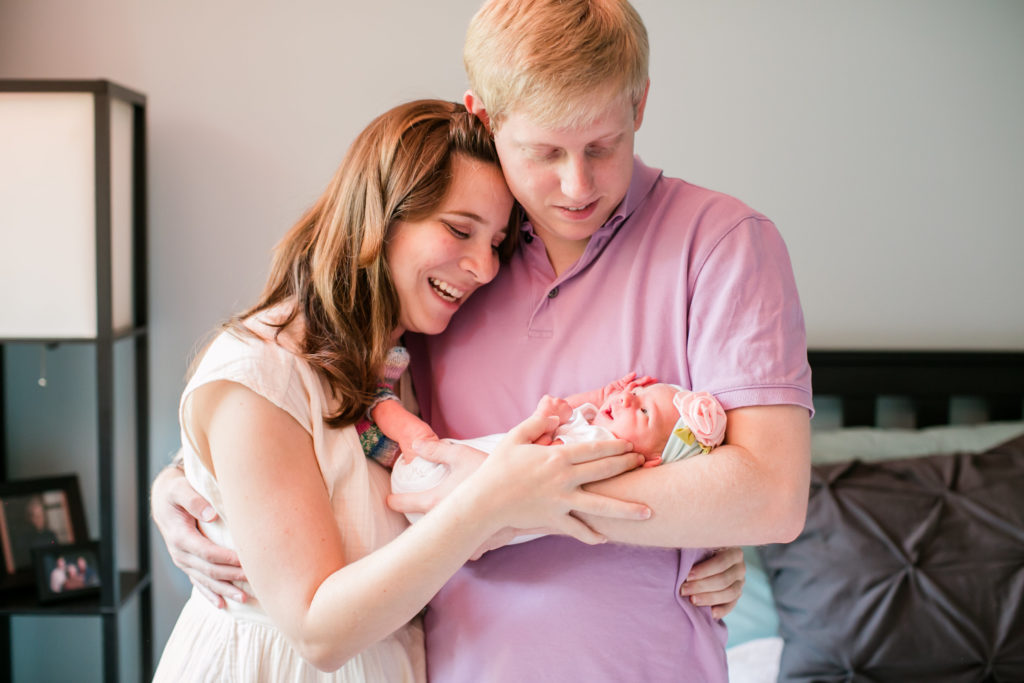 Four weeks ago today, Eva Artesia was born, but it feels like we just got home from the hospital yesterday. Eva’s life so far has been a dreamlike haze, a sometimes illogical schedule that she dictates and I haplessly obey, grateful that I gave myself exactly zero expectations during my maternity leave. I rarely leave my house or know what day it is so sometimes it feels like she and I are existing outside of the normal passage of time. It’s been tough sometimes, but it’s been blissful to have this time together, living each day just for her. I forgot that we all start out as tiny, cuddly creatures who just want to be held for hours on end.

At this period in Eva’s life, it’s hard to remember that my snuggly daughter won’t always be this way. She’ll get bigger and begin making her own decisions. She’ll have likes and dislikes. And many years from now, she’ll have her own online presence. So as much as I want to tell the world all about how great she is, let me tell you about my attempts to Not Do That.

At first, I was posting about Eva on Twitter, but I’ve decided to stop. With over 8,000 followers plus viewers who come over from Forbes, I have way too big of a footprint there. Instead, I’m posting on Instagram stories (which expire after 24 hours) or Facebook set to friends only. I’m being careful about which photos I share, like the one above from Jessica Smith Photography when Eva was seven days old. It shows Eva in her best light unlike, for example, the goofy photos I took of her sprawled out in her bassinet this morning. And instead of blogging about her, I’m writing as often as I remember in an offline diary about her life. I plan to share it with her when she’s older, similar to the baby book my mom made for me.

Right now, it’s hard not to think about Eva on par with one of my friends’ pets. The cooing noises she makes when she’s happy remind me of a purring kitten. But more than any other, this Slate piece about a mom who refuses to stop sharing public stories about her fourth-grader (even after she asked her mom to stop!) has reminded me that Eva is not my possession and her life is not my writing material. Only Eva owns her life’s experiences. And whether or not she chooses to share them online is something that will eventually be up to her.

I recently had an online privacy disagreement with a client that made me feel that beliefs about online identity may be generational. My client asked me to remove their office phone number from their business website, citing an article that suggested it could open them up to more robocalls. I took the number down as asked, but I also vocalized that I didn’t think it would matter either way. Once stuff is online, I don’t think you can put it back in Pandora’s box. I’m somebody who has been “pwned” and had my personal data breached online a whopping 25 times—not counting stuff like the Equifax hack. Heck, I recently discovered that there’s a page about me, without my consent, on a foot fetish website!

My belief is that my data is already out there and it’s too late to wipe it from the web. Instead, I take reactive measures like freezing my credit, using lengthy nonsense passwords even I can’t memorize with 1Password to manage them, and always using a VPN on public WiFi. My philosophy is that everything about me is already out there, so I have to just keep anyone from using that readily-available information against me. However, Eva’s generation will probably be savvier than mine, and they might boomerang back to the proactive approach. I’m already trying to help her out. She’s only a month old, but she already has a two-factor-authenticated Gmail account ready for when she needs it.

I plan to still write here about the spaces where our stories overlap. Some stuff about my pregnancy, which was at times scary and high-risk (but thankfully, that’s all over now). Essays on what it’s like to be a parent on top of the other stuff I do. I just don’t want her to Google herself in ten years and see embarrassing photos and stories from her childhood. It’s the same courtesy I give to John, who is a lot more private than I am, by rarely posting about him here. Even though—or should I say because—she’s unable to ask for that yet.

Here’s what I do want to tell you about my daughter: it’s pronounced Eva with a hard E. So it’s not like the E in Evangelion; we actually decided on the name before the show dominated the anime community discussion this summer. (Artesia, however, is absolutely a reference to the Gundam character who is as brave and kind as we hope Eva will be.)

Someday, if she chooses, she can share the rest of her story herself.