How I wrote my first article for the Washington Post 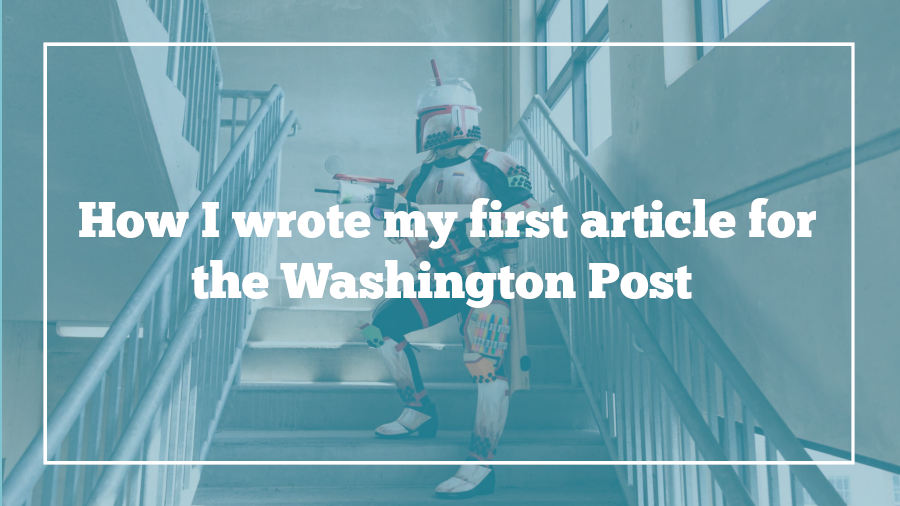 All dressed up with nowhere to go: Cosplaying in the pandemic ran today in Launcher, the Post’s video game vertical. I even wrote the headline! As is par for the course with a major news outlet, I had to begin on the ground level for a general audience, so Otaku Journalist readers may encounter details in it that seem obvious to fans. I’m glad, at least, that the social media team didn’t do me dirty the way the New Yorker made Matt Alt’s life difficult earlier this week. (That tweet, about how anime is “finally mainstream,” was deleted after major criticism, but you can get the gist of what happened from Mike Toole’s QRT.)

I found out about this opportunity on Twitter, which is the same place I have found out about basically every other gig in my career, which is why I still show up there every day and allow randos to yell at me. It’s been years since I reached out to the Post with one of my own pitches, but this time my area of expertise—cosplay, in this case—matched up with what editor Mikhail Klimentov wanted to feature.

I worked on it for the better part of two weeks at the end of May and beginning of June. With four interviews and more than 1500 words, it contains my most serious reporting since Eva was born. I do most of my work during her nap and after bedtime, and that’s when I conducted the interviews for this article. But I needed help finding time to cobble the narrative together, so I’m grateful to John and my parents for watching Eva during several consecutive mornings. In my experience, mid-mornings are naturally my most productive hours, when I used to get my best writing done, but as a stay-at-home mom, I usually don’t have access to them anymore.

Once I did have time to work, I found that my writing stamina was shot. I simply was no longer used to sitting down and writing 500 words at a time anymore! (My weekly Fruits Basket review, which is almost stream-of-consciousness, doesn’t count.) I broke through that wall with a free site called Pomofocus.io, which is based on the Pomodoro Technique. I would work for 25 minutes, take a five-minute break, and repeat one or two or three more times, depending on how much time I had. I also found out that it can also be motivating to know that you only have a limited window of childcare. When you know your time is that limited, you are less likely to waste time writing and rewriting the perfect sentence. Just stick in a placeholder and revise later.

I don’t want to burn any bridges so I don’t want to tell you what they paid me (though you can Google their freelancer pay rates pretty easily), but I spent enough time on this that my pay-per-hour rate is laughable. The real benefit was writing for a major paper of record about our fandom in a way that I hope does it justice. It was also incredible to have access to the Post’s photo team for what turned out to be a very visual story. Most of the story revolves around three cosplayers in the Bay Area (Tatted Poodle), the NYC Metro area (Maweezy), and Atlanta, Georgia (Yaya Han), and the Post sent photographers to all three locations!

Growing up as an aspiring journalist in the DC area, it’s always been a goal of mine to write for the Washington Post. I didn’t expect this to happen at a time when I’ve all but abandoned my career to hang out on playgrounds all the time, but here we are! It feels great to be writing again, and I hope you’ll see more bylines from me soon.